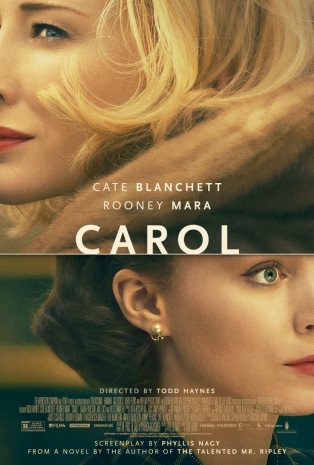 Romantic-drama Carol is one of the biggest Oscar contenders of 2015. From the outset, the movie packs a significant punch – featuring a socio-political/forever taboo topic, a stacked cast, and talented director. It fits the definition of a critical darling – resembling the type of drama people shower with praise during Oscar season.

Thankfully, with Carol, the wave of positive feedback and awards is warranted – benefitting the aforementioned pedigree, subject matter, and alluring narrative. The story is set in the 1950s New York City, illuminating the last era of formality and normality in US history. Aspiring photographer Therese Belivet (Rooney Mara) is struggling to be enthusiastic about her life. Working at a high-end department store, she instantly connects with single mother Carol Aird (Cate Blanchett).

The narrative, similarly to similar LGBT-related dramas/love stories (Brokeback Mountain), revolves around a touching, slow-build romance between polar opposites. Based on Patricia Highsmith’s novel The Price of Salt, the film illuminates the original text’s fascination with 50s-era existence. Thanks to Phyllis Nagy’s screenplay, the film relates issues of yesterday to today’s socio-political climate. Without overstating its welcome, the film makes for a startling reminder of society’s unease and disdain.

Focusing on the essential aspects, the central conflict revolves around Carol and Therese’s yin-yang dynamic. Director Todd Haynes (Velvet Goldmine, I’m Not There), avoids convention at every affecting twist and turn. In a nonlinear fashion, the story finds its focal point in the opening scene before flashing back to the beginnings of Carol and Therese’s connection. Haynes, handling similar material with Far From Heaven, depicts their relationship with reverence and restraint.

The performances solidify Carol’s emotional impact and socio-political resonance. Blanchett, with two Oscars for searing performances in The Aviator and Blue Jasmine, is undoubtedly one of contemporary cinema’s finest actresses. Stepping outside her comfort zone once again, the Australian icon immerses herself in this confronting role. If not for Brie Larson in Room, Blanchett would be picking up a third Oscar this season. Similarly, Mara portrays the tiniest details with careful precision. Matching Blanchett point by point, this still-rising star conveys her character’s inner turmoil with class.

Carol is a unique romantic-drama and character study – with Haynes, the screenplay, and the performers bringing humanity and dignity to a thought-provoking tale.

The Danish Girl is chock-a-block with everything you would expect from an Oscar-bait docudrama. The director’s style resembles that ‘British’ style of period-piece filmmaking, the script ties itself too closely to a subject you cannot ignore, whilst the actors and performances reek of attention-seeking theatrics. From a mile away, this docudrama comes off like a template of everything done 1000 times before.

The Danish Girl is not as trite or idiotic as you would expect, but it is still not good either. The story examines one of the most inspiring transgender cases in modern history. It begins with the sizzling marriage between artists Einar Wegener (Eddie Redmayne) and Gerda Wegener (Alicia Vikander) in mid-1920 Copenhagen, Denmark. Gerda, to attract attention from local art galleries, paints portrait paintings of Einer in women’s clothing. However, after a string of outings in the get-up, Einer reveals his inner self – a woman named Lili Elbe he has hidden for decades.

The film marks a cavernous rift between story, direction, and performances. This version of events, based on the 2000 novel of the same name by David Ebershoff, is only loosely based on the interesting, socially relevant true story. Being the first recorded case of gender reassignment surgery, these events deserve more than Hooper’s self-conscious, tepid interpretation. The screenplay, unsure of its intended audience, shows and tells throughout the film’s exhaustive run-time. After each revelation and emotionally gripping moment, the characters forcefully describe their thoughts, feelings, and actions.

Director Tom Hooper had similar troubles bringing The King’s Speech and Les Miserables to life. Like his preceding Oscar favourites, his style overshadows and eventually suffocates the intriguing central premise. His direction – based around ‘unique’ camera angles and movements – steals the spotlight. However, Hooper never confronts or delves into the significant social, cultural, and psychological themes.

Thanks to Hooper and Redmayne, the film presents timid versions of transgender characters. Redmayne’s repetitive, one-note performance is insulting – depicting Einer/Lili’s conflict by touching fabric, quivering, blinking uncontrollably, whispering, and wincing in every scene. Since his Oscar-winning performance in The Theory of Everything, the performer has shown limited range and subtlety. Vikander eclipses her counterpart, bringing personality and charm to a difficult role. 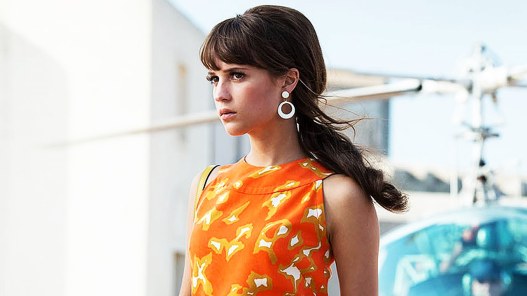