In Hollywood, aliens typically come in two forms. Sometimes, they are tentacled monsters hell-bent on obliterating humanity (Predator). Other times, they remind us about peace and love (ET: The Extra Terrestrial). The movies either resemble popcorn-fuelled blockbusters or more calming fare. Arrival undoubtedly falls into the latter category.

Arrival leaps away from stereotypical alien-invasion material. The movie, vying for critics’ recognition over box-office dollars, is worth the largest audience imaginable. It’s worth extended hours of discussion and contemplation. The plot follows university linguistics professor Louise Banks (Amy Adams) stranded in the present. crushed by her daughter’s loss and ex-husband’s neglect, her cynicism reaches breaking point. However, on a seemingly normal day, twelve extraterrestrial spaceships hover over key sites around the world. Nicknamed ‘shells’ by the US military, the ships do little besides open their doors every eighteen hours. Their reasons for landing are wholly unclear. Louise is recruited by US Army Colonel Weber (Forest Whitaker) to form a team to clarify the aliens’ intentions. Joined by theoretical physicist Ian Donnelly (Jeremy Renner), the team studies a shell hovering in Montana.

Besides 2014’s Edge of Tomorrow, viewers must travel back to the 1970s and 80s for a truly engaging and interesting invasion epic. Arrival resembles the type of cinematic masterpiece seldom replicated by filmmakers or seen by audiences today. Director Denis Villeneuve (Prisoners, Sicario) and screenwriter Eric Heisserer grasp short story author Ted Chiang’s original material (Story of Your Life). The two deliver the year’s most thought-provoking blockbuster; a movie with enough to do and say simultaneously. Villeneuve and Heisserer’s shared vision immediately kicks into gear. The deliberate pacing and tone may deter wider audiences looking for shootouts and explosions. Here, conversation and action are equally important. The story explores the values of incisive decision-making and processing. Louise and Ian, continually entering the ship and contacting aliens ‘Abbott’ and ‘Costello’, craft a plan to understand the otherworldly language. Its professionals-doing-their-jobs narrative is utterly compelling.

Villeneuve’s atmospheric direction delivers some of 2016’s most compelling sequences. His version of time travel works wonders. Unlike similar fare (Interstellar), the leaps in time and space are never distracting. Louise, experiencing flashbacks to her daughter’s slow demise, sees a puzzle forming in her mind. By the third act, she compellingly connects the dots to find her way. The movie develops several well-rounded perspectives. Along with Louise and Ian’s glowing optimism, we see wise alien beings, careful military types (led by Weber and Agent Halpern (Michael Stuhlbarg)), fearful, right-wing soldiers and foreign military prowess. Like his previous works, Villeneuve draws phenomenal performances from Hollywood élite. Adams, with this and Nocturnal Animals, earns serious Oscar contention as the movie’s heart and soul. Renner and Whitaker deliver likeable turns in smaller roles.

Villeneuve and co.’s vivacious approach separates it from all other 2016 blockbusters. Arrival is a bleak yet optimistic dissection of humanity. Right now, like the movie’s events, the world is on the brink of anarchy and despair. If there was ever a need for intelligent discussion, it is now.

Unquestionably, the Marvel Cinematic Universe is an unstoppable machine. Disney won big after purchasing the comic book/movie juggernaut. Since the series’ humble beginnings, with 2008’s Iron Man, Disney and co. have delivered mini-franchises, spin-offs and origin stories without quit.

After 14 installments, the MCU formula is more pronounced than ever. Almost all of them feature a cocky hero brought down by a tragic experience, re-building themselves with money and powers, encountering a plucky love interest, finding the villain/s responsible and destroying the world-ending/blue-beam-in-the-sky threat. Doctor Strange follows said template to the letter. In fact, this one cherry picks specific elements from each movie. Like Iron Man, the first third develops our lead character as being super smart and even more unlikable. He can do anything: pick and choose intricate surgeries, bound around with a boisterous smile, list every song and its history etc. Director and co-writer Scott Derrickson (Sinister, Deliver Us From Evil), along with fellow writer C. Robert Cargill, expertly depict his rise and fall via heart-wrenching, somber montage.

Doctor Strange‘s multitude of realms and abilities is overwhelming. Derrickson and co. continually transition between origin story tropes, training montages and exposition. They revel in trippy dream sequences and flashbacks. However, the astral plane/mirror dimension sequences are jaw-dropping. As Strange delves deeper, Derrickson provides more time-and-space-bending set-pieces. The prologue provides a kick-ass introduction to MCU’s cosmic ether. The Ancient One and Kaecilius fragment London streets. From MC Esher city sequences to impressive production design, the movie truly reaches for the stars. Its A-list cast give nuanced performances in out-there roles. Cumberbatch is a welcome addition, down-playing every note with verve. Swinton and Ejiofor are charming in valuable roles. However, Mikkelsen is the latest white, middle-aged character-actor portraying a forgettable MCU villain.

Doctor Strange is a hyperkinetic and enjoyable MCU extender. Derrickson wrangles a starry cast, falls into line and fits Jon Favreau’s breezy tone. It provides enough nuances to stand out from the pack. However, this franchise might just have peaked with Captain America: Civil War. 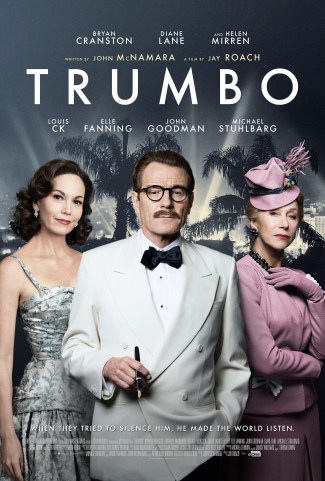