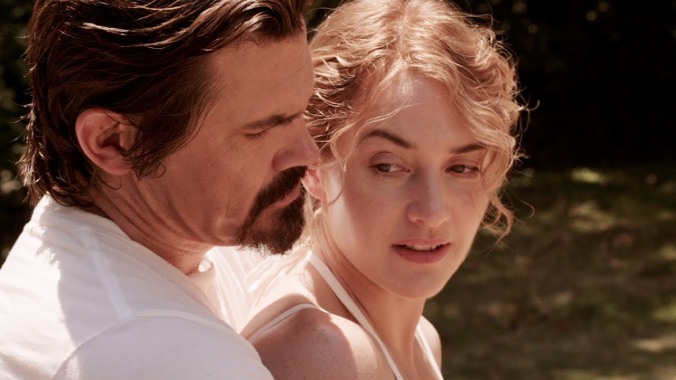 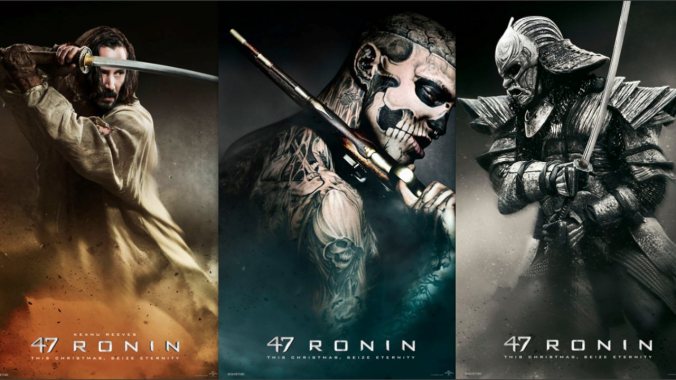 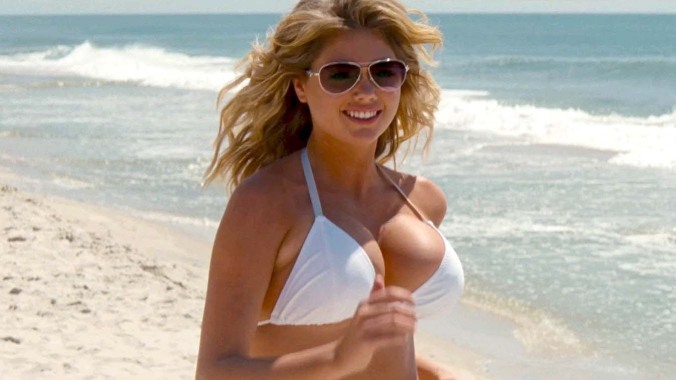 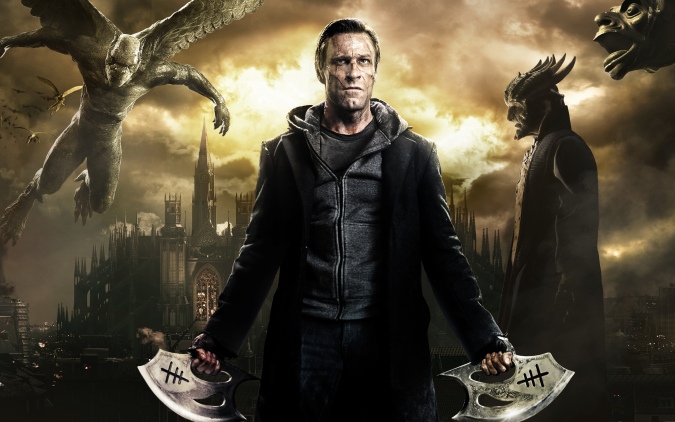 Exodus: Gods and Kings, The Judge, The Equalizer, Magic in the Moonlight, Godzilla, The Amazing Spider-Man 2, Before I Go to Sleep, Sin City: A Dame to Kill For, God’s Pocket, Horrible Bosses 2, Sabotage, Deliver Us From Evil, Non-Stop, Mandela: Long Walk to Freedom, Jack Ryan: Shadow Recruit, The Water Diviner 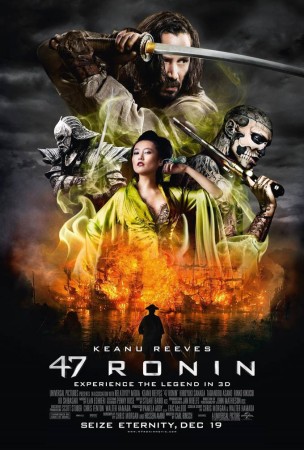 Inexplicably, the Western world looks down upon the East. In our ever-so-racist culture, we destroy cultural and social links due to prejudice, anxiety, and judgement. Despite multiculturalism’s benefits, we continually place people and communities into stereotypes. Thankfully, Hollywood is avoiding this dated societal practice. Thanks to China’s influence on the box office, big-budget extravaganzas are now aiming for international audiences. In fusing two contrasting cultures, Asian actors and characters are receiving significant attention. Unfortunately, Hollywood’s latest cultural mash-up, 47 Ronin, is an exorbitant waste of time and money. Sadly, the cast and crew are being named and shamed for their efforts.

Despite the final product’s overall quality, it’s difficult to blame everyone at once. Admittedly, there are flashes of brilliance in this otherwise disastrous action flick. Some cast and crew members aimed to develop an ethnically friendly and entertaining cinematic endeavour. Unfortunately, this $175 million catastrophe is the result of an untested director and hack writers. Despite Universal Studio’s commendable intentions, the company’s reach exceeds its grasp. The studio’s predictable actions and typical ideologies prove costly here. With 47 Ronin a critical and commercial bomb, executives, writers, and directors could face the chopping block. Outlining 47 Ronin‘s wasted potential, the movie is loosely based on Japan’s most influential historical tale. Clinging onto a haunting and enlightening tale, 47 Ronin immerses us into the Bushido code (way of the warrior). There’s a reason why I didn’t mention the Samurai elements earlier. Sadly, the movie is bafflingly disinterested in this enigmatic and respectable ancient culture. 47 Ronin hurriedly immerses us into 18th Century feudal Japan. After the exposition heavy and confusing prologue, the movie introduces its only white character. Escaping from a dangerous mystical society, half-cast child Kai is rescued by the honourable and domineering Lord Asano (Min Tanaka). Asano’s Samurai protectors treat adult Kai (Keanu Reeves) with distain. Teaching himself to follow the Samurai code, Kai becomes a distinguishable and skilled warrior. Reeves, overlooking the debilitating racial divide, delivers an enjoyable performance in his underwritten role. Delivering purposeful mannerisms, he allows his Japanese co-stars – Hiroyuki Sanada, Tadanobu Asano, and Rinko Kikuchi, in particular – to propel this disenfranchising fantasy epic. 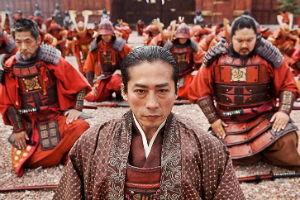 Thanks to its obvious and repetitive opening scenes, the movie swiftly descends into chaos. The awkward prologue, defined by poor animation, describes the narrative’s all-important intricacies. In fact, the overt narration specifically states: “To know the story of the 47 Ronin is to know the story of old Japan”. Featuring the movie’s only worthwhile line, the narration throws the besotted audience into this conquering story. Despite the intriguing premise and inspired concepts, the execution is beyond atrocious. In typical modern-fantasy-epic fashion, Kai falls for Asano’s remorseful and sullen daughter Mika (Kou Shibasaki). With forbidden love frowned upon by Japanese customs, Kai banishes himself into the woods. Damaged by this cliched peasant-and-princess-love-story sub-plot, the narrative abruptly transitions into a vengeance, discipline, and honour fuelled epic. After Asano is tricked, by sadistic witch Mizuki (Kikuchi), into attacking despicable master of ceremonies Lord Kira (Asano), Kai and Asano’s 47 brave protectors are banished from Shogun Tokugawa Tsunayoshi(Cary-Hiroyuki Tagawa)’s territory. With the Samurai warriors disbanded, Oishi (Sanada) finds Kai and convenes with his fellow ronin. From this point on, the movie delves into potentially graphic and enigmatic material. Fortunately, the narrative shifts out of its cloying and heavy-handed first third. Its many underdeveloped plot-strands and characters are sparingly introduced, set up, and shifted around. Despite the interesting premise, the movie’s absurd twists and turns distort this preposterous action flick. Thanks to its wavering pace and jarring tonal shifts, the first third stalls the entire narrative. With multiple character arcs and plot-strands alluding to specific revelations, Chris Morgan and Hossein Amini’s conventional and unintentionally laughable screenplay delivers overblown dialogue, tiresome cliches, and a broad presentation of ancient Japanese culture. After its tedious first act, the movie transitions into a conventional and exasperating fantasy-adventure flick.

Delving into potentially entertaining material, 47 Ronin could, and should, have been an entertainingly gritty action-adventure flick. However, this derivative, messy, and uninspired fantasy epic wears Hollywood’s most aggressive and perplexing impulses. Like After Earth and The Lone Ranger, 47 Ronin presents a unique idea ruined by poisonous execution. Making a bad blockbuster is simple. However, this movie, despite the quick and hefty profit, isn’t even worth the admission cost.