Critics and audiences cannot stop talking about noir-thriller and Oscar-hungry art-piece Nocturnal Animals. Amy Adams and Jake Gyllenhaal star in this twisty-turny thriller guaranteed to create conversations lasting long after the credits have rolled. The movie’s performances from Adams, Gyllenhaal, Michael Shannon, and Aaron Taylor-Johnson (of all people…) are second to none. However, credit goes to writer-director Tom Ford for creating a living, breathing slice of psychological-horror as american as apple pie and July 4th. Ford was the high-end fashion designer turned acclaimed filmmaker. You have to take out a second mortgage to afford even one piece of attire!

Conquering fashion and filmmaking, he now has a fearsome reputation. The man has more money and power than a large chunk of the world’s population. It’s not simply that he is extremely rich, ambitious and good-looking…it is that he actively tries to develop new and exciting projects. Admirably, he wants to break down barriers and create as many original works as possible. I looked up a slew of underrated filmmakers soon to reach extraordinary levels of coverage.

Gareth Edwards burst onto the scene with sci-fi-thinkpiece Monsters back in 2010. The British filmmaker shot to the top of the most-wanted list in the early 2010s. His next film defined his style and vision. 2014’s Godzilla was a mixed bag of unique but frustrating choices. The movie (spoiler) loses points for killing off Walter White in favour of Kick-Ass. The elephant in the room cannot be ignored – the titular creature appears in 10 minutes out of 2 hours. Citing Bruce the Shark’s involvement in Jaws, the filmmaker wanted us to wait with anticipation. Sadly for him, audience members felt the distinctive sting of blue balls throughout the run-time. When announced as the director of Rogue One: A Star Wars Story, film fans voiced concern. However, Edwards’ intentional pacing and hyper-serious tone suited the story. Focusing on war and despair, Edwards crafted stakes and thrilling moments in spite of a conventional story. 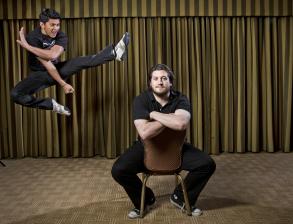 This young Welsh filmmaker became an overnight sensation in 2011. The Raid: Redemption  took the film festival world by storm. The movie mixed conventional story with a brand new attitude. Set in Indonesia, the movie sees a SWAT team infiltrate a high-rise tower in the middle of a lower-class district. Of course, nothing goes according to plan. The movie lets the cast and crew to showcase their strengths. The movie brought intricate martial art pencak silat into the public consciousness. More so, it’s a ferocious and lightning-quick action-thriller with unlimited tension and spectacle. The lead actor, Iko Uwais, was a silent, vicious action hero throwing a million kicks and punches per second. The Raid 2: Berandal upped the ante, borrowing from a slew of asian martial-arts epics and American crime-gangster flicks. Should be make his Hollywood debut or stay in Asia and continue his run of manic action/martial arts projects?

American writer/director Robert Eggers went from obscurity to public notice in 2016. Critically and (surprisingly) commercially successful horror-thriller The Witch sent horror fans and general audiences into a frenzy. One of the year’s biggest surprise hits focused on a Puritan family in 17th century New England, banished to the woods in the outer districts. The family, in true horror-period fashion, are terrorised by evil forces and their ever-increasing paranoia. Eggers stuck to the essential elements, focusing on the family throughout its tight running time. As the forces of evil and each family member collide, the atmosphere becomes increasingly uncomfortable. Exorcisms, jumpscares and chases include an array of unexpected surprises. His style helped to deliver powerhouse performances from newcomer Anya Taylor-Joy and Kate Dickie. The Nosferatu remake is in the best hands possible.

Writer, producer and director Rian Johnson could be the next great saviour of big-budget cinema. The filmmaker burst onto the scene with neo-noir/teen adventure Brick. Brick introduced a whole new generation to noir whilst shooting Joseph Gordon-Levitt into the stratosphere. Johnson followed it up with The Brothers Bloom, giving Adrian Brody, Mark Ruffalo, Rachel Weisz etc. a fun crime-comedy to work with. In both movies, Johnson showcased a pulpy directorial style, unique sense of humour and solid connections with actors. 2012’s Looper launched Johnson into superstardom. The sci-fi action smash gave us the last great Bruce Willis performance (a feat, in itself). The movie effortlessly balances sci-fi tropes with strong emotional heft and exhilarating action sequences. His next, Star Wars Episode VIII, is sure to give him a wider audience and freedom for future pet projects. 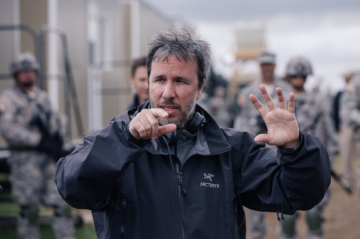 French-Canadian writer/director Denis Villeneuve is one of Hollywood’s weirdest and most wonderful filmmakers. He turned heads with mystery-drama Incendies. The movie’s dark, sickening tone and thrilling twists turned heads. 2013 crime-drama Prisoners gave Hugh Jackman and Jake Gyllenhaal meatier roles. Thanks to Roger Deakins’ cinematography and tough source material, the movie shot to many critics’ top-10 lists. Along with hypnotic 2014 flick Enemy, 2015’s Sicario gave Villeneuve even more attention. The movie saw Emily Blunt as a SWAT team member fighting a losing battle in the war on drugs. Recruited for a top-secret spec-ops program, she delves into sick, twisted world of bureaucracy, lies and murder. Villeneuve, re-teaming with Deakins, delivered a tight, taut crime-thriller about the government/security’s darker shades. More so, this year’s Arrival is a haunting and thought-provoking snapshot of our times. Blade Runner 2049 should pay off in spades.