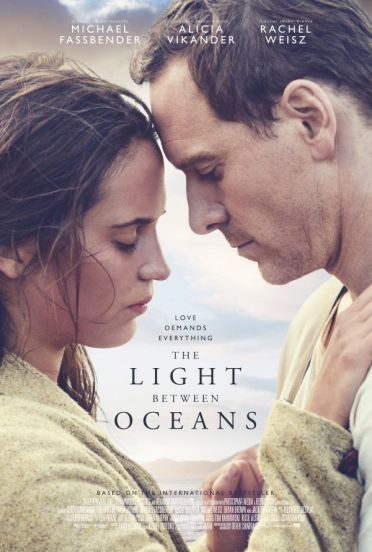 American writer-director Derek Cianfrance is one of Hollywood’s most idiosyncratic creative talents. His breakout hit, Blue Valentine, threw Ryan Gosling and Michelle Williams into a nightmarish journey. His relentless style makes for limited repeat viewings. However, The Place Beyond the Pines is one of the past decade’s most underrated treasures.

Cianfrance turned said dark and gritty dramas into major talking points come Oscar time. Now, he returns with romantic-drama The Light Between Oceans. The plot fits with that of his earlier work. It follows introverted World War 1 veteran Tom Sherbourne (Michael Fassbender) travelling to a foreign land after dischargement. Sherbourne is hired as a lightkeeper for an isolated lighthouse on Janus Rock, off Western Australia’s South West coast. His physical isolation makes life difficult. He and local girl Isabel (Alicia Vikander) form a budding relationship during his brief periods on the mainland. The two, after marrying several years later, look to start a family and everlasting life together on the island. Of course, what goes up must come down.

Hollywood romantic-dramas range from sweet and playful to downright soggy. The Light Between Oceans, based on acclaimed author M. L. Stedman’s best-seller, provides its workhorse writer-director with plenty to chew on. Cianfrance’s screenplay develops two wholly fascinating lead characters. He paints a detailed portrait of Sherbourne’s physical and emotional torment. His narration reveals every major and minute shade. With each high and low, Cianfrance strands us by Sherbourne’s side. Sherbourne, planning to leave for another endeavour, is continually interrupted by fate. The audience and Sherbourne are immersed in windy nights, gorgeous sunsets and sadness. Fortunately, before becoming dour, the movie shifts focus to Tom and Isabel’s relationship. Like his other films, Cianfrance seamlessly combines fantasy and reality. Their journey feels wholly authentic. The discomfort reaches critical levels after Isabel’s second miscarriage in just three years.

Cianfrance delivers an old-fashioned story with world-class execution. Before the tone plummets even further, The Light Between Oceans takes several interesting turns. After multiple tragedies, Tom and Isabel discover a dead man and live baby floating off shore in a dinghy. Compassion pushes them to break legal and ethical boundaries. Morals are questioned after the dead man’s wife/baby’s real mother Hannah (Rachel Weisz) comes into frame. Like David Lean’s works, whole sequences explore character and scenery over plot and pacing. Cianfrance develops Tom and Isabel’s points of view. Whereas Tom sticks by honour and truth, Isabel sees the baby’s arrival as inspiration. Sadly, the movie’s 132-minute running time hinders everything. By the third act, the romantic interludes and mournful exchanges are overbearing. Nevertheless, Fassbender and Vikander’s connection, leading to a real-life romance, is palpable. More so, cinematographer Adam Arkapaw effortlessly captures the picturesque coastal setting.

The Light Between Oceans illustrates Cianfrance’s obsession with character, story and scenery. The cast and crew ride the material’s soaring highs and crushing lows. However, this tearjerker may strictly be for older audiences.