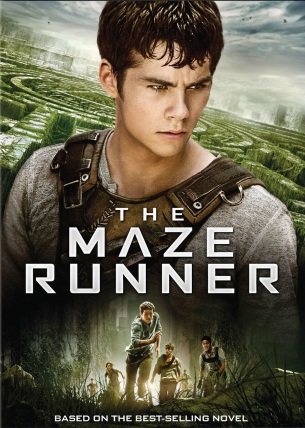 The Maze Runner is yet another entry in the long, unending line of young adult franchise adaptations. Adapting dense, overwhelming content from stage to screen, cinematic YA series’ have to appease the desires of fans, studio executives, and authors. They go one of two ways: critically and commercially successful (The Hunger Games) or flat on their faces (Divergent).

The Maze Runner was seen as one of 2014’s biggest surprises. Overcoming the YA too-many-at-once stigma, this action flick surpassed the majority of YA fluff to deliver on its promises. The plot kicks off in the thick of the action, with Thomas (Dylan O’Brien) waking up in a steel cage being transported to the maze. After meeting key players, including antagonist Gally (Will Poulter), second in command Newt (Thomas Brodie-Sangster), and Runner Minho (Ki Hong Lee), Thomas pieces together the system of operations (the ‘Glade’) along with his shattered consciousness.

As the contemporary version of Lord of the Flies, The Maze Runner is one of few YA flicks to connect with a wider audience. Along with our leads, the audience is trapped in the labyrinthine maze setting throughout the 113-min run-time. Like many YA adaptation, the plot relies on world building and exposition to break down its central premise. Giving every aspect a peculiar title (Glade, Grievers etc.), the film never strays too far away from YA convention.

The film is hindered by its third act, explaining the significance of the maze and its place in the dystopian world. However, it benefits from its action-thriller aura. From first-time feature director Wes Ball, the action sequences illustrate the scope and sense of danger the maze offers. As the ultimate obstacle course, the maze sequences add some much needed thrills and chills. Its cast of bright, young actors make the most the somewhat laughable material.

The Maze Runner, the opening chapter of a promising trilogy, is a fun YA adaptation perfect for a Saturday afternoon.

Verdict: A surprisingly enjoyable YA adaptation. 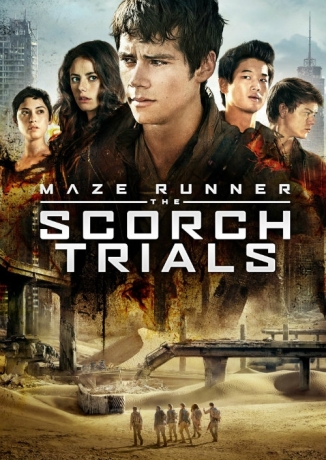 Maze Runner: The Scorch Trials, the second instalment of author James Dashner’s franchise, was released at the tail end of 2015’s blockbuster season. Coming off a surprisingly fun first entry, the sequel could have gone either way. Thankfully, the sequel successfully continues this still-promising series.

The sequel doubles down on everything, delivering an increased amount of exposition, plot twists, flashbacks, and action sequences. The plot, in true blockbuster sequel fashion, lurches from one major set-piece to the next. This middle chapter merely delivers more of the same; carrying the difficult task of continuing the events of the original whilst building towards the third chapter (The Death cure, due for release in 2017). As an extension, this instalment aptly, but unremarkably, sets up the MacGuffins and conflicts for the future.

On its own, this instalment serves to depict the scope and increasing danger of the series’ dystopian setting. The film becomes an extended obstacle course – jumping between chases, gunfights, and fist-fights against WCKD personnel and zombie populations in the Scorch. Dylan O’Brien and Ki Hong Lee pull off the standard action movie running style. Our characters grow ever so slightly in between moments of awe and spectacle. However, with character actors including Giancarlo Esposito, Lili Taylor, and Barry Pepper joining the cast, screen time becomes scarce.

Maze Runner: The Scorch Trials is a successful but ultimately underwhelming follow-up to the pacy original.