As overwhelming and trivial as it seems, there is a fine line between stardom and fatigue. Our biggest actors, musicians etc. are, more often than not, treated like otherworldly beings. Nowadays, we move on to the next big thing even before the current ‘it’ person has faded away. However, more often than you think, A-list actors step away from the spotlight to venture into more meaningful pursuits. 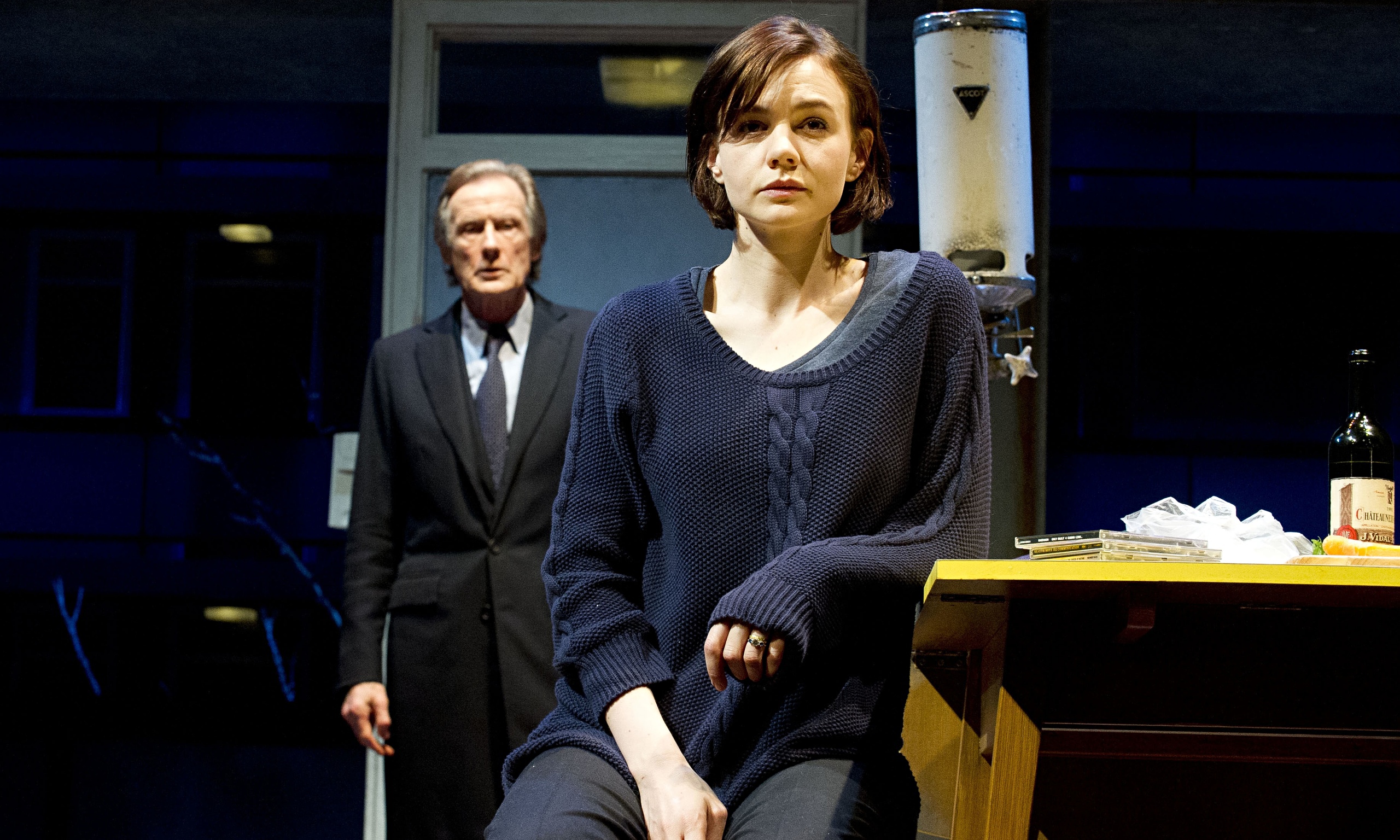 As it happens, many A-listers and noticeable character actors perfect their skills in stage productions. In this case, giving the West End a fiery boost, Carey Mulligan (Drive, The Great Gatsby) and Bill Nighy (Love Actually, the Pirates of the Caribbean series) put their best feet forward for one of theatre history’s most transcendent productions. In fact, Nighy, one of Britain’s most popular and energetic talents, tackled this material in the 1990s. Skylight, a 1995 play created by acclaimed playwright David Hare, picks up and shakes cultural, political, and social issues in front of baffled critics and theatre-goers. The play, developed specifically to address concerns about life, love, and living situations, is a touching and prescient examination of first-world issues. This may be a derogatory statement – but the play relies on its talking points being as flippant as possible. Here’s another first-world issue – this iteration has moved Skylight from its Royal National Theatre roots to Wyndham’s Theatre’s comforting abode. Ironically, separating the simpletons and socialites, the theatre hurriedly divides itself into multiple sectors. In fact, the Return Tickets line, stretching on for an eternity, signified the production’s searing critical and commercial aura.

The theatre, a maze-like structure shifting from one floor to another, turns from a romantic, impressionistic creation into a frustrating deathtrap. My search for the bar and toilet facilities bared resemblance to Jack Nicholson’s manic sprint through the Shining mansion. However, despite this, the Wyndham’s relaxed and vibrant atmosphere overcomes said problems peppered throughout its layout. Sitting down in a bright-red seat, I looked down nervously as the show slinked toward its commencement time. With celebrities including Oscar Isaac and Lupita Nyong’o waltzing into the venue, the show positioned itself as one of this year’s most alluring West End treasures. Fortunately, this version’s execution lives up to its immaculate reputation. The story, taking place over the course of 24 hours, takes the high road above most ‘bottle’ stories. Avoiding life-or-death situations, this quaint journey comes off like a breath of fresh air. We enter the life of lower-middle class school teacher Kyra Hollis (Mulligan), as her day transitions from okay, to bad, to horrific, to embarrassing. At the start of her day, rage-quitting youngster Edward (Matthew Beard) comes over to complain about his irrational father. As is the case, his father Tom (Nighy) is Kyra’s former lover and long-lost best friend. Shockingly, a few hours later, Tom interrupts her day to explain his three-year absence. Waiting until his wife’s death had healed over, Tom comes back to face the music. This award-winning play, touching on taboo subjects and satirical jabs, pokes fun at everything and everyone within a 15 kilometre radius.

“You care for them. You offer them an environment where they feel they can grow. But also you make bloody sure you challenge them.” (Kyra (Carey Mulligan), Skylight)

Touching upon illustrious restaurateur and writer Terence Conran’s existence, Skylight is as glorious, resonant, and meaningful as a ray of sunshine. Taking down London’s high-horse attitude and major societal shifts, the comedy stems from well-known cultural titbits about Wimbledon, East Ham, and the neighbourhoods in between. Despite these lively jaunts, the narrative leaps from enjoyable to sickening, and vice-versa, within milliseconds. With betrayal, sex, and life’s pursuits getting in the way, the romantic angle takes several extraordinary twists and turns within this small space. As Kyra and Tom’s reunion reaches breaking point, the characters, and actors playing them, jump in and out of nail-biting moments. With the conversation interrupting their daily routines, Hare’s scintillating style pushes and prods up until the sweet denouement. If anything, this story becomes a note-worthy battle devoid of violence, scope, or chaotic moments. So, what separates this version from everything else? Cloud it be the intimate dramatic angles? The sincere and touching characters arcs? Or the big-name actors involved? Short answer: all of the above. Mulligan’s frightening turn is worth the admission cost. Wielding a large knife and idealistic viewpoints throughout several sequences, Mulligan’s style breaths life into her downtrodden character. As the voice of reason and hope, her character bounces off the walls. In addition, Nighy unleashes several never-before-seen shades in this heartfelt role. With his momentous presence leading the way, Nighy’s idiosyncrasies lend gravitas to an otherwise over-the-top role.

So, as the curtains fall and the actors take their bows, Skylight casts a wholly visceral shadow over each viewer’s soul. This socially adept production, saying what we’re all thinking, enlists the best minds to communicate intriguing ideas. Throwing utensils and secrets across the room, Mulligan and Nighy never lose their cool. In fact, with star power having such a pulsating effect, who’s to say they can’t attach themselves to the West End? In any case, I hope they think about doing so.

Verdict: A resonant and prescient endeavour.