Hollywood has now spent 85 years celebrating its own astonishing achievements. What happens when you pat yourself on the back for this long? Do you ignore everyone’s screechy protests or, next time around, cater to the lowest common denominator? This year’s Oscars ceremony tried to have its cake and eat it too. There were some tears, laughs and the occasional tumble on the stage. But it still just wasn’t a particularly rousing event.

Seth Macfarlane had a gargantuan amount of expectations piled on top of him. 2012 was his year- giving him a hit film and the name recognition he deserved. His controversial comedic style and charisma had been brought to the stage many times before. So he should’ve been perfect for this particular event. Unfortunately, he only did a ‘meh’ job. Sure, he was a hoot. His charming grin and unique stance can make anyone feel comfortable. His voice is too a strange comfort. Yet his material on Oscar night flew over everyone’s heads. Normally given 7-8 minutes to introduce the ceremony, the host should try to get in and out succinctly. MacFarlane look close to 20 mins just to prove his point. His hit and miss style didn’t suit an already uptight crowd. Calling out Quentin Tarantino for using the ‘N-word’ in Django Unchained was just too brash. Macfarlane then fell back on Star Trek humour, silly voices and songs (as he always does). His sock puppet re-creation of Flight, however, hit the target. His song ‘we saw your Boobs’ was both vigorous and aided by hilarious audience participation (Naomi Watts chimed in in just the right way). 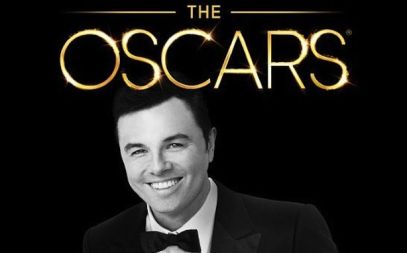 MacFarlane’s opening, however, was nowhere near as bad as some of the other skits. Paul Rudd and Melissa McCarthy’s sketch bombed miserably. It wasn’t all bad though. Channing Tatum and Jennifer Aniston put their comedic skills to good use. I suspect, however, that Tatum’s ‘waxing’ quip had something to do with his ‘balls-out’ performance in Magic Mike. With the jokes as hit and miss as the speeches, it was up to The Avengers to once again save the day. Robert Downey jr., Chris Evans, Mark Ruffalo, Jeremy Renner and Samuel L. Jackson have obviously developed a significant amount of chemistry. Besides, who doesn’t love seeing Samuel L. Jackson yell at people? The star of the night, however, was James Bond. The tribute, celebrating 50 years of Bond, shook and stirred everyone watching. After a rather confused and schizophrenic montage, Shirley Bassey lit up the stage with her rendition of Goldfinger. Adele also stole the show with her huge yet elegant frame. Her song Skyfall is easily one of the greatest Bond theme songs in the series’ history. Adele then picked up Best Original Song shortly after her performance. It was also the year for celebrating movie musicals. Having been 10 years since Chicago’s best picture win, Richard Gere, Renee Zellwegger, Catherine Zeta-Jones and Queen Latifah owned the stage at one point to celebrate its success. Zeta-Jones went one further, however, with a show-stopping rendition of All That Jazz.

The awards themselves were what everyone, both at home and in the Dolby Theatre, was looking forward to. Macfarlane’s quip about the ceremony being similar to church was damn accurate. Everyone waited with baited breath for their name to be called out. The winners in every category were gracious and deserving. Christoph Waltz winning for the second time in four years was fun to watch. The Austrian actor gracefully thanked his peers before paraphrasing Tarantino’s stellar dialogue. Also graceful in victory was Anne Hathaway. Controlled, poised and beautiful; she lit up the stage. She scooped up every supporting actress award leading up to the Oscars for her portrayal of Fantine in Les Miserables. She earned all of them. Jennifer Lawrence shocked the crowd with both her bewildering speech and her trip on the stairs. While Daniel Day-Lewis’ victory speech contained the biggest laugh of the night. Who’d have thought the world’s most intensive actor would have a strong comedic side?

It was a tough race this year. All 9 Best Picture nominees will stand the test of time. They reached new heights both emotionally and technologically. The nominees had many similarities, yet they were able to branch out and find their own voice. Lincoln and Django Unchained both told stories about slavery, but they had the courage to tackle the subject from different directions. Life of Pi explored the depths of both the ocean and the soul. While Beasts of the Southern Wild, last year’s surprise hit, was a touching look at the human spirit. These films grabbed me when I first saw them and will probably never let go. Zero Dark Thirty was, shamefully, this year’s loser. Director Kathryn Bigelow looked on from the sidelines as Argo scooped up some major awards. Argo was my favourite film of 2012. It is a gripping, tense and occasionally hilarious experience. Its electric dialogue and performances stand proudly next to Ben Affleck’s involving direction. 15 years have passed since he won his first Oscar. Argo’s deserving Best Picture win proves that Affleck is a changed man and a true professional.