Whether it’s horror (Hostel), action (Taken) or drama (Babel), film seems to have a serious aversion to travel. Instead of depicting a fictitious conflict, like in the films previously mentioned, The Impossible focuses on one of the most horrific natural disasters in history. It’s a tense, moving and surreal film that discusses what we, as humans, should cherish most. 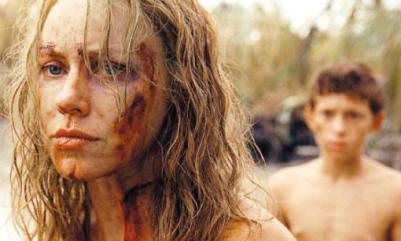 This English/Spanish collaboration follows the true story of a family caught up in the 2004 Boxing Day tsunami. We first meet them on a flight coming into Thailand. Bickering on the plane, Maria (Naomi Watts) and Henry (Ewan McGregor) are a typical married couple. Keeping their kids, Lucas (Tom Holland), Thomas (Samuel Joslin) and Simon (Oaklee Pendergast), in line is their biggest priority. Exploring Thailand’s many attractions during Christmas time, their luxurious holiday seems to be going smoothly. However, Boxing Day morning will yield heartache. A sudden gust of wind is followed by birds hurriedly flying away and the ground shaking violently. The wave then wipes out the resort and its surroundings. In the Aftermath, Maria and Lucas are split from Henry, Thomas and Simon. 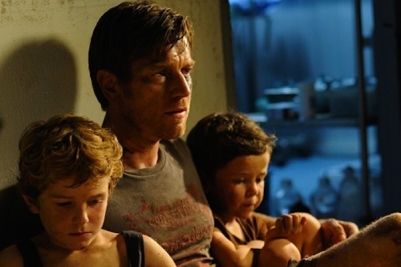 Both parties spend the rest of their nightmarish ordeal searching for one another. This film is a truly affecting experience. This event was catastrophic is more ways than can be imagined. The tsunami swept across multiple Asian countries whilst taking over 200, 000 lives (over 42, 000 are still believed to be missing). Juan Antonio Bayona (The Orphanage) directs with a delicate and profound love of this subject matter. He has poignantly turned this true story of survival into a gruelling cinematic experience. Sure, people connected to this tragedy will suggest that this film comes ‘too soon’ after the event. But it’s a story that needs to be told. Both The Impossible and United 93 stand as important reminders of how historical events can change society. This story is based on a Spanish family. However, instead of Spanish actors filling these roles, Bayona and co. have chosen an almost entirely Caucasian cast. There are serious ethical problems with this decision. Yes, big names like Watts and McGregor can attract Oscar nods (Watts recently received a Best Actress Oscar nomination) and a significant audience, but this decision distorts accuracy and points out clichés.

All of the white characters are depicted as saints. The foreign and Thai characters simply recall shocking stories of survival and loss, become extras or represent the high number of corpses. Films like Babel and Contagion  provide a more in-depth study of serious political/environmental issues. Despite these complaints, the story itself is what propels this film. The film is tonally divided between several important parts. The first act combines the ‘before’ and ‘during’ stages of this disaster. It’s a tense examination of this ostensibly happy family. Complaints about the house alarm, junk food and work-lives back home may seem petty, but these conversations create an identifiable dynamic between all five family members. The Christmas Day scenes, including a haunting lantern ceremony, reveal a lot about this family. Despite constant reminders of the on-coming disaster, these scenes also concentrate on the ocean’s true power. This leads up to the disaster itself. It’s a climactic and truly brutal set piece. The ocean hits with a terrifying force as people struggle to survive its wrath. This intricate sequence may, however, hit too hard for people still affected by this disaster.

“Lucas, look at this place. They’re so busy in here. You get to go and do something. Go help people. You’re good at it.” (Maria (Naomi Watts), The Impossible). 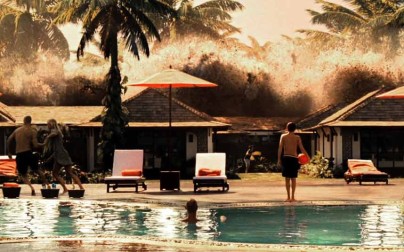 Bayona has a keen-eye for both authenticity and cinematography. The aftermath is where waves of emotion hit hardest. The immense destruction becomes truly visceral and dangerous. Captured in a panoramic format, Maria and Lucas fight for survival amongst debris, bodies and infection. These sequences are aided by the stunning and horrific make-up effects. Bruises, cuts and grazes are emphasised as blood trickles across every character’s skin. The last two-thirds show how courageous acts were vital during this harrowing catastrophe. Despite The Impossible’s brave depiction of nightmarish events, its over-sentimentality stands out. This is partly due to the, at points, manipulative score. Meanwhile, some of the coincidences and directorial tricks become slightly tiresome. Despite this, the performances truly stand out here. Watts provides the greatest performance of her career. Portraying a weakened and scared individual, she becomes a powerful presence. McGregor is once again charismatic in an emotionally charged role. His character becomes a symbol of hope when all is lost. Meanwhile, Tom Holland proves, on his début, that he is a young actor to look out for.

At points all too sentimental, this story of hope and loss is an untimely reminder of how humanity should operate. Stellar performances and direction are the film’s greatest assets, providing a range and beauty rarely seen in a big-budget production.